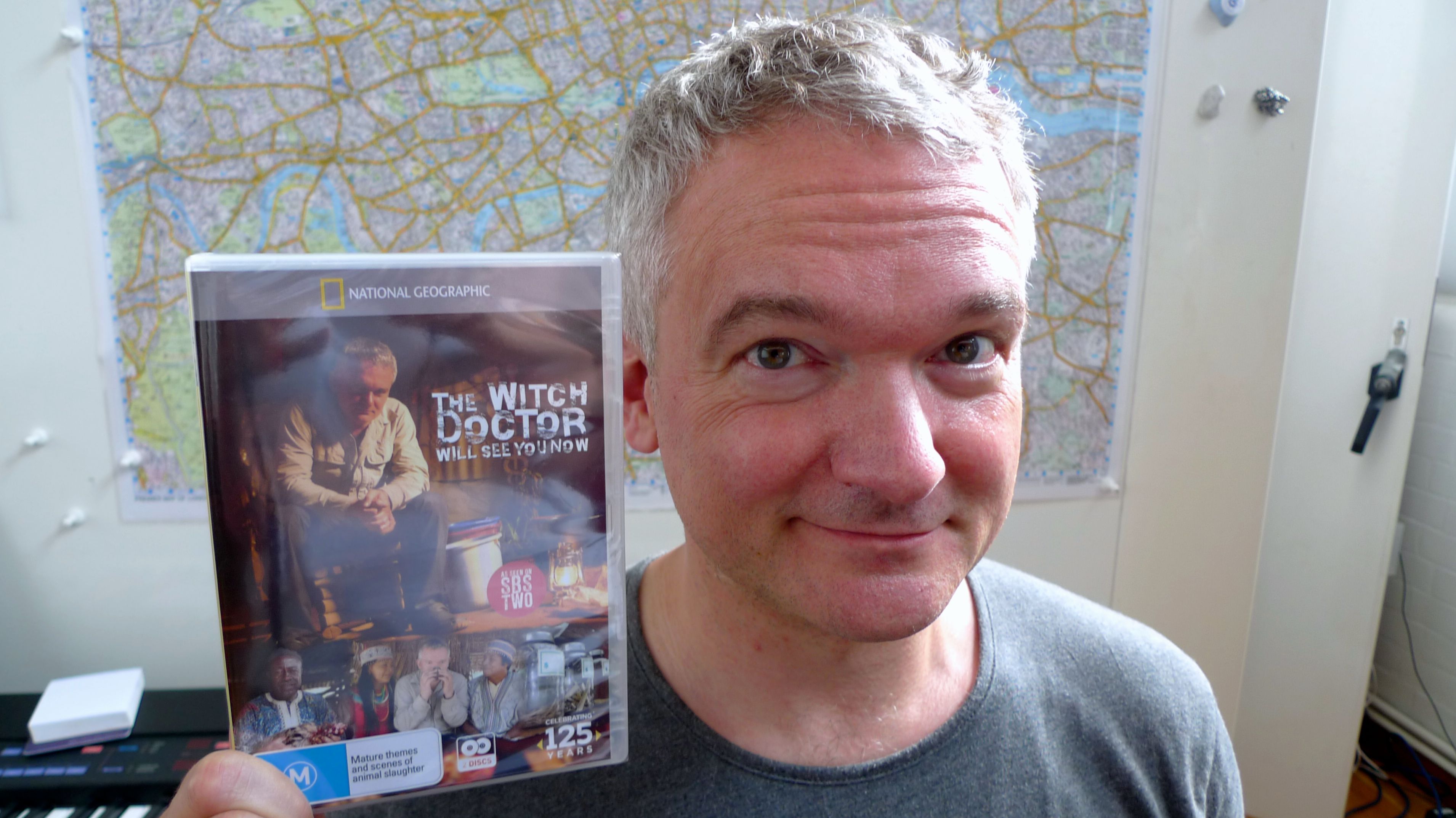 Contact National Geographic Channel to say you liked it… or wanted to be a medical volunteer if more episodes of The Witch Doctor Will See You Now are made. Piers recorded “Mr Four:  the explorer”  – a video-based learning resource  for Ten Town Ltd., the  early years learning platform, demonstrating his considerable skill with indigenous instruments from around the world. Here are some of the best reviews of The Witch Doctor Will See You Now. In the UK, The Sunday Times and The Mail on Sunday Choice for UK Fri 9pm NatGeo describes the show as having “brutal treatments…interesting results”: Sarah Broad and Robb Leach in Broadcast magazine describe Witch Doctor as “TV Gold!” with “great comedy moments”: The Weekend Australian magazine described Witch Doctor as “confronting” and a “fantastic, fast paced programme.” Here is a review of the Piers Gibbon’s book, Tribe: Endangered Peoples of the World from Geographical magazine: And a nice one in The Express: