Jungle Trip follows Piers on voyage of discovery into his own consciousness, deep in the Peruvian jungle. He is in search of the highly hallucinogenic Ayahuasca brew drunk by Amazonian shamans.

Jungle Trip first aired in the UK on 2001, and is now viewable on Youtube as well as several documentary channels. An extract of the film, where Piers takes frog poison with the Matses, can be viewed below:

Take a trip with Piers in Peru, with these photographs from the shoot of Jungle Trip.

Jungle Trip attracted a lot of interest from both newspapers (London Evening Standard, Mirror) and viewers alike. Below you can read some writeups and questions that curious observers have written in to ask: 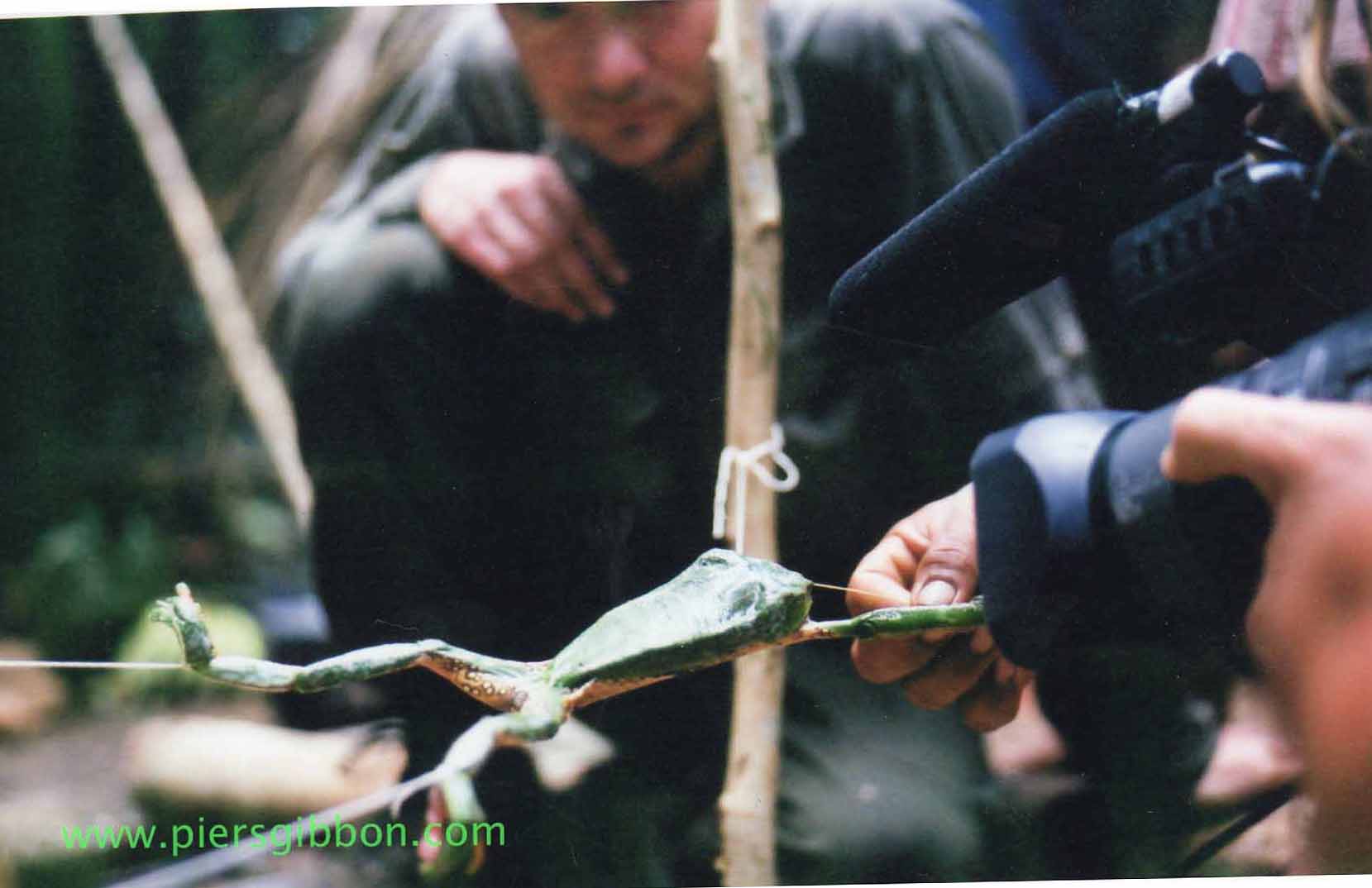 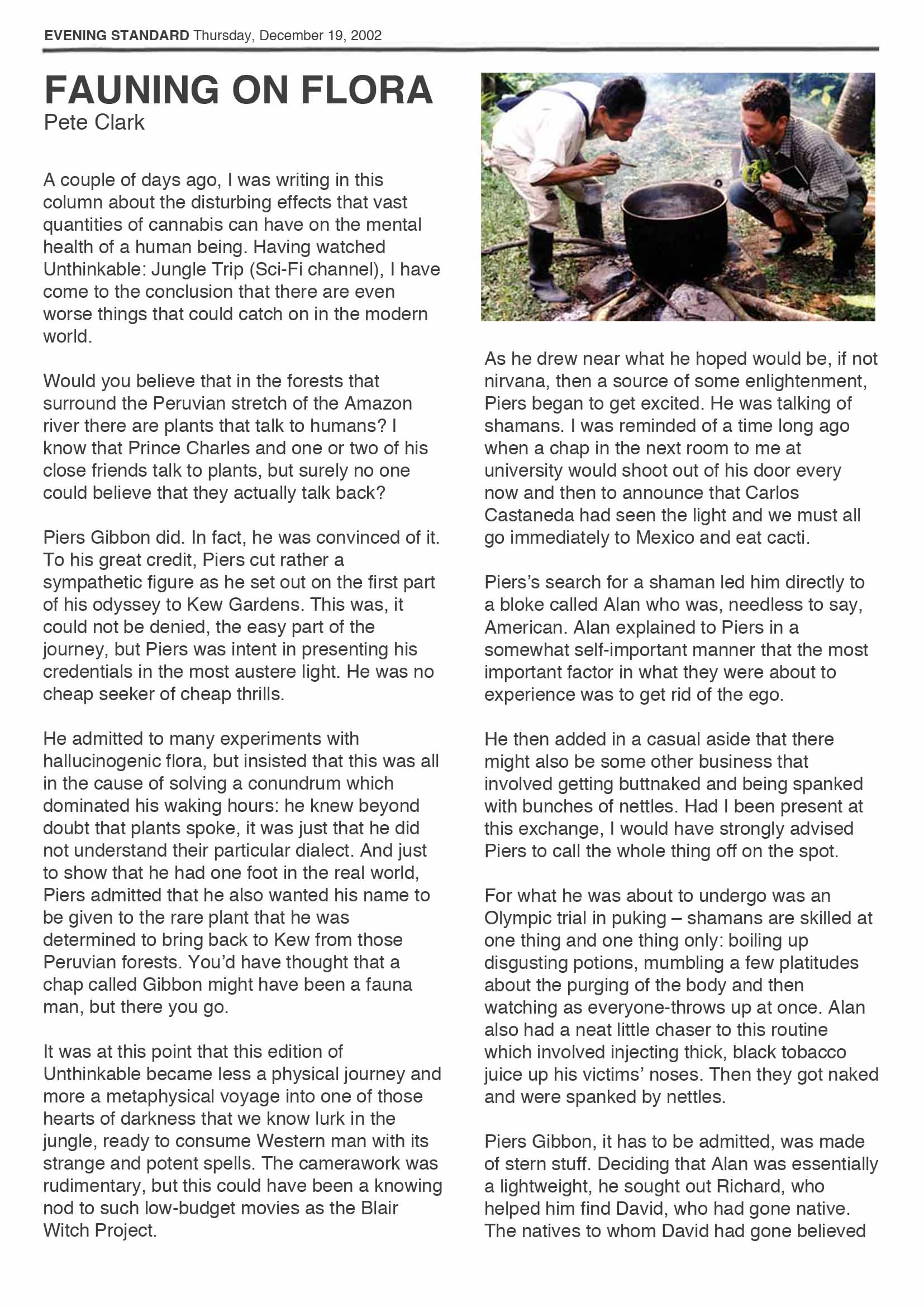 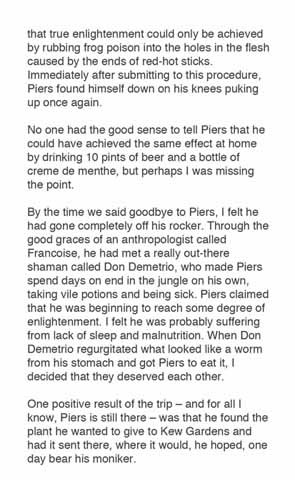 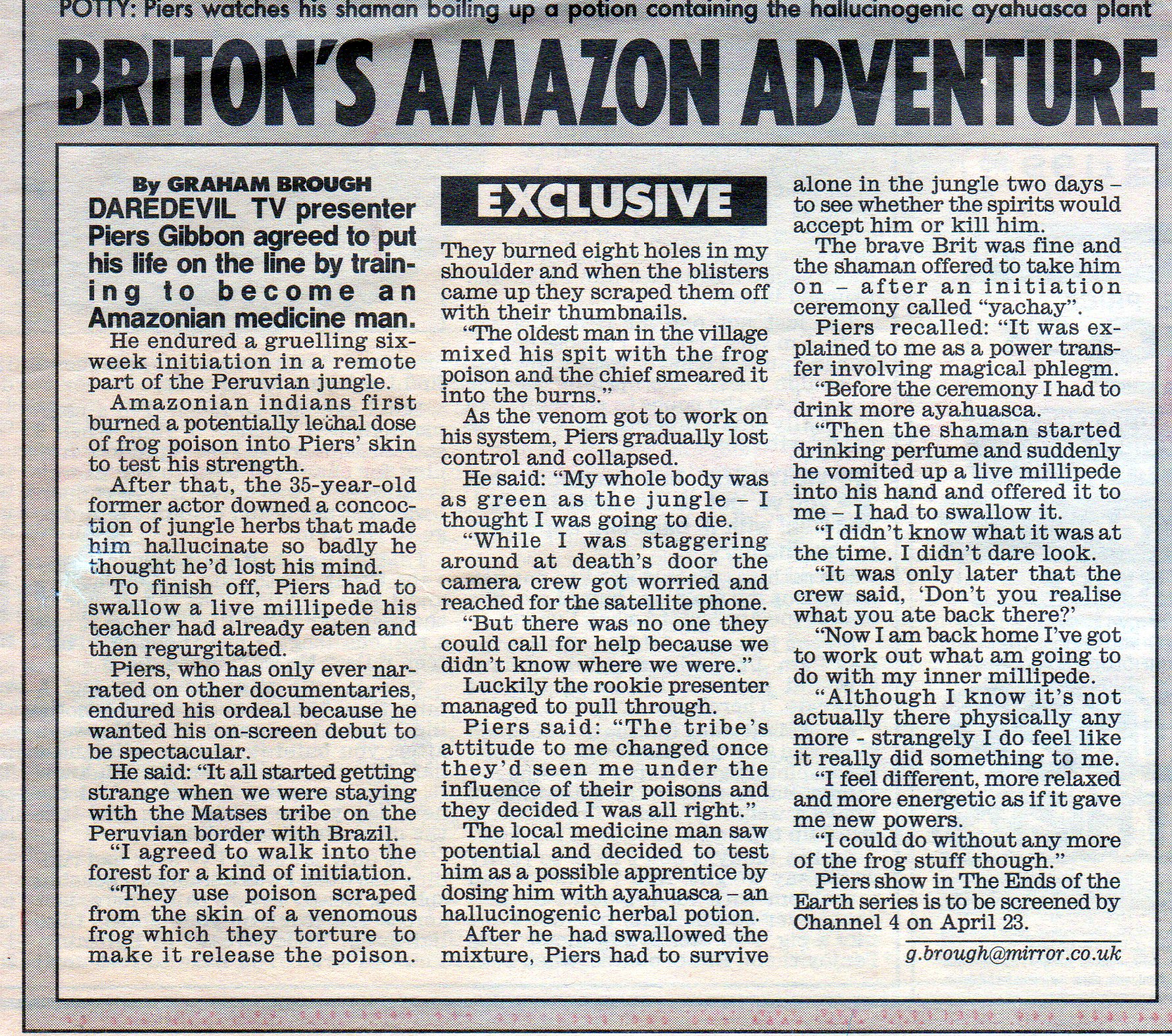 “Not for viewers with weak stomachs.”Sci-Fi Channel 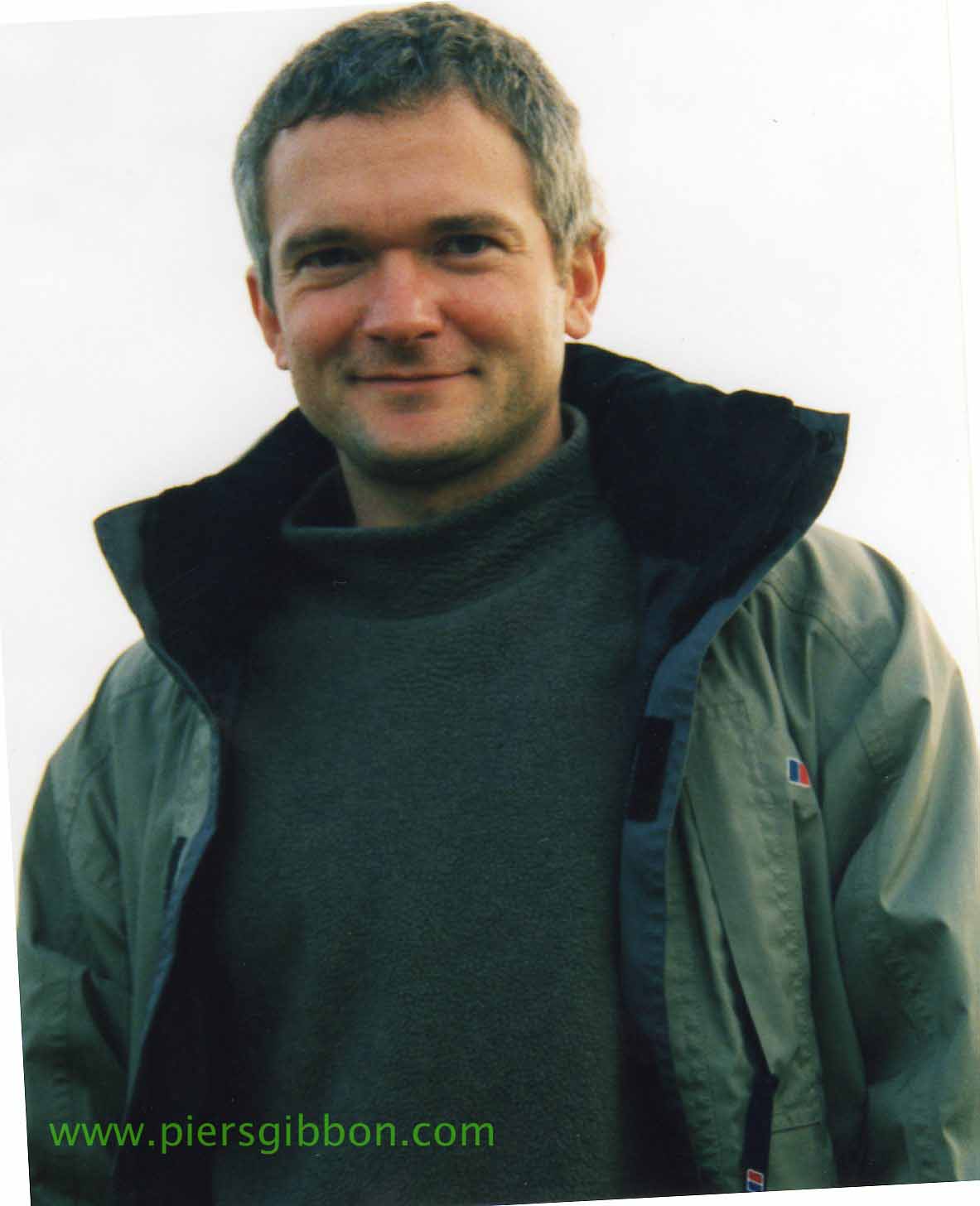 Q: Dear Mr. Gibbon,
I hope this finds you well.
My name is *** from ***. I had my first Ayahuasca experience one month ago.
I have just finished watching your film Jungle Trip…
I have to say even watching was pretty intense.
Would you mind letting me know how you feel about this experience now, 9 years later?
How do you reflect upon your connection with Don Dimitrio (milipede)?

A: Thanks for your email and for getting in touch. Yes..filming it was pretty intense too! There is something uniquely paranoia-inducing about being interviewed while under the influence of ayahuasca. But ten years later I’m still very glad I did it – both the film and the ayahuasca.
I am still very grateful to all the shamans who invited us in to the ceremonies, and Don Demetrio especially – he took me under his wing and did that induction ceremony with the millipede. I am still musing on whether these “other powers” exist in the form that Don Demetrio believes in..personally I suspect not, but respect the abilities he (and the others) have for inducing a healing response in their patients.
I’ll let you know if I change my mind!


Q: Hi, I watched your series about the Shamans in Peru, etc and want to know how long ago that was and how you feel now about it and if you truly broke thru the wall you had. I was not convinced by the end of the series. Thank you.

A: Thanks for your message. Jungle Trip was only a one-off, not a series and it was filmed a decade or so ago. I remember in the markets of Iquitos they were watching the USA election dispute between Al Gore and Bush..
So I have plenty of time to reflect about it. No, I do not think I broke through whatever wall I have – then and there. But I feel very glad now that I went through the whole thing, especially the ayahuasca “dieta” where I took it every night for a month. I think that is unique to the ayahuasca brew (the possibility of taking it every day). I would only advise doing that however under the tutelage of a real maestro.
So..I guess in conclusion I would say that ayahuasca may not be able to break down walls but it can be an incredibly powerful solvent.


Q: RE: Planning medicine trip to Peru in 2012 May.
Piers, I am sure that you had 1000s of people asking you about advice and directions and info about Peru. I want to located that woman who helped you in a documentary. The one that brought you to the real shaman at the end of the movie. IF you are too busy answering, would you direct me to one of your crew members who could give the coordinates?
Any info would help.

A: Many thanks for your email. Yes there have been quite a few people who have asked about getting in touch with Don Demetrio and Francoise Freedman. Francoise is on facebook so you can message her directly there. Unfortunately many years ago I gave out the single telephone number for Yumbatos – the village where Don Demetrio lived when I worked with him. I was told that the number no longer worked and the trail went cold. If you have any better luck in tracking him down please let me know – I’d love to know how he is. Have a great time in Peru. You should also consider contacting Alan Shoemaker (on facebook) as he has many contacts in this area. Best of luck.